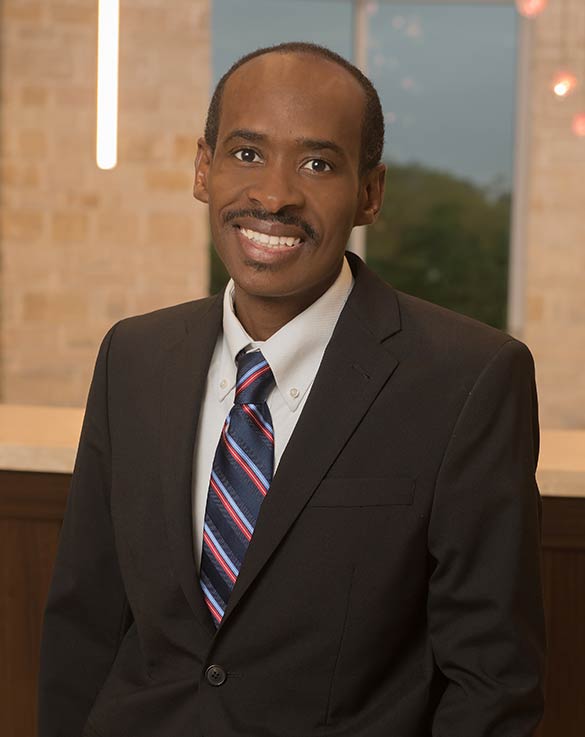 Dr. Andy J. Redmond knew from an early age that medicine would be in his future when he saw family doctors making house calls. A native from the island of St Kitts in the Caribbean, he was taken with the care the doctors provided as well as the gratitude of the patients. He knew then, by age 10, he wanted to help others in a similar fashion.

Growing up on an island with limited resources was a challenge but with encouragement from family and friends, he pursued his call to medicine. First at a small research institute on St Kitts and then study abroad in the US via a scholarship, where he ultimately transferred to Yale. There he completed his undergraduate degree, as well as his medical and surgical training.

Dr. Redmond is a neurosurgeon, specializing in brain and spine surgeries, with particular emphasis on pain management. Dr. Redmond strongly believes in an outcome-based practice and conquering significant ailments with minimally invasive procedures.

He and his wife, Kathlyn, enjoy exercise, swimming, reading, and the nurturing community of Tyler.

Dr. Redmond believes the future is bright for neurosurgery. “We’re moving away from spinal hardware into the exciting area of cellular and genetic treatment for brain and spine disorders.”